Zlatan did bricklayer job before making it big in music

Controversial street pop act, Zlatan has revealed some of the menial jobs he did before he became a super star.

Sharing a photo of his first car which he won from a talent hunt at the age of 19, Zlatan wrote, ‘before I won this car, I do bricklayer, cut grass for people land to lay foundation, I work for cold-room for ikorodu isawo! 10k per month! I do too many many. But I thank God for my life today’. 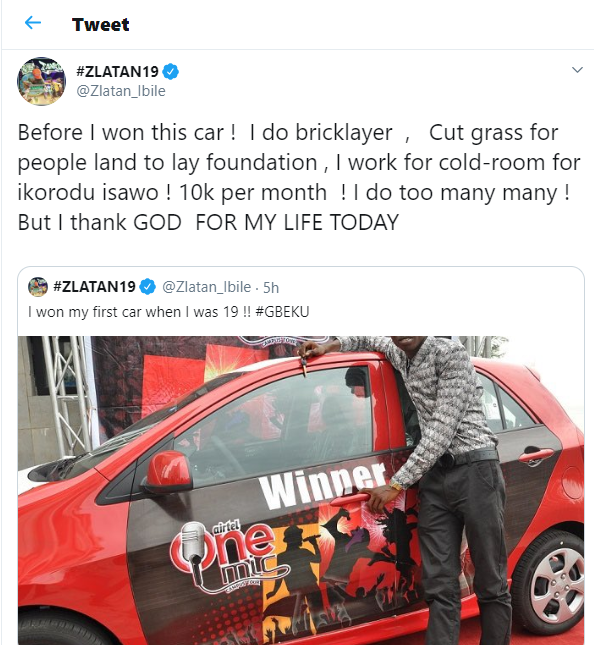